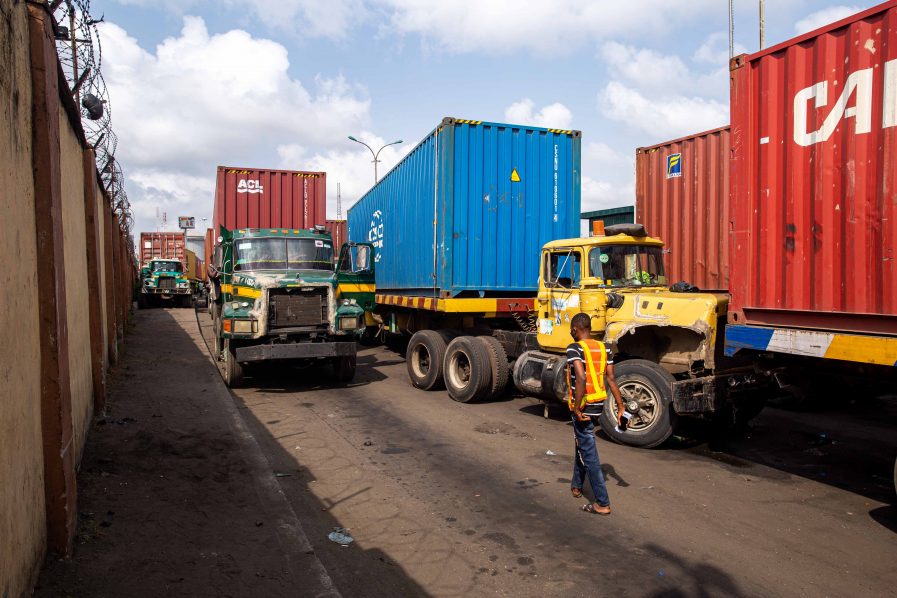 The deployment of new technologies to support the efficiency of an electronic call-up system otherwise known as ‘Eto’ has halted malpractices on the scheme and enhanced the smooth evacuation of cargoes from Lagos ports.

The Guardian learnt that new technologies such as the installation of closed-circuit cameras (CCTV) in strategic locations of the port, access control barriers, access control card readers, underground bollard system, among others have completely phased out manipulation of the system, which led to its initial collapse.

Besides, a new export-processing zone is currently under construction at Lillypond terminal in Apapa to ease the movement of export cargoes.

The Operations Manager, Truck Transit Park Limited (TTP), Adedenuola Orimolade, who disclosed this, said the new development on the port access roads was achieved in collaboration with all terminal operators, the Lagos State government and the Nigerian Ports Authority (NPA).

He said: “For example, from Lagos port complex, multiple cameras are overseeing Creek road, Warf Road and we can see what happens within the port gates. It’s also at Tin Can First gate and Second gates and the Abuja entry and exit points.

“All the truck parks are also interconnected. The CCTV does a feed from Lillypond and feeds everybody. You can also see what happens inside the Satellite truck parks among others.

Noting that the export trucks have posed a major problem in recent times, he said the cooperation of stakeholders and adherence to the policy and the time guideline would help a great deal.

He said: “The NPA has identified that within Lillypond, we should be able to create space for an export processing zone because it was discovered that a lot of trucks still stay on the road even after exiting from the pre-gate. So the process of the export-processing zone is to ensure that all export operations in terms of customs examination, verification of the vessels, and ensuring that all the terminals are ready for the cargoes. This is a good system and it will ensure that the call-up system is sustainable,”

He said the concessionaire for the export-processing zone has started construction. “They have started civil works within the segregated area within Lillypond and we expect that it will be completed in the next 30-60 days,” he stated.

Chief Operating Officer, TTP, Temidayo Adeboye, said some actions of truckers to circumvent ETO were fueled by ignorance of the gains that the new operational method would deliver to the transporters if wholly embraced.

He noted that the ‘Eto’ platform has put a stop to the extortions, which is estimated at N100 million daily before the introduction of the electronic call-up system.

Adeboye said expectations are that the problem of corruption will be tackled once there is free flow of traffic to and from the port.

“The extortion industry in Apapa is about a hundred million a day. That is what it used to be. If we can fix 50 per cent of the problem, nobody can extort money from port-bound truckers,” he said.

He disclosed that while other types of trucks have been streamlined and allocated time belts in a bid to ensure all trucks on ETO platform get into the ports within 24 hours of booking, export trucks have posed a major problem, challenging the entire project.

Adeboye who insisted that the ease of traffic in Apapa largely depends on effectively regulating the movement of export cargo and disclosed that NPA in tackling the challenge is creating export zones, stating that “until we find a solution to the export problem, we can’t get to that 24-hour entry target. The export problem is really abhorring”.

He said the cooperation of stakeholders and adherence to the policy and the time guideline would help a great deal.

“If everybody can just do the right thing, everybody will transit within 24hours. But right now, what we are seeing is a maximum of 48 hours if it is not an export container,” he said.