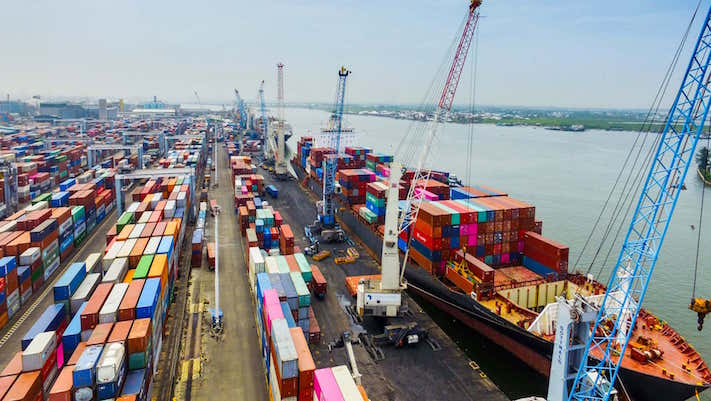 Two weeks to this year’s Christmas and New Year celebrations, the cost of moving containers from Apapa and Tin-Can Island Ports in Lagos has remained stable, a rare case seen first in over eight years due to a decline in the volume of business at the ports, BusinessDay investigation has shown.

The Tin-Can and Apapa Ports are major economic gateway to Nigeria and account for about 80 percent of the country’s total imports.

Currently, shippers pay between N370, 000 and N400, 000 to move a 40-foot container from Apapa to warehouses in Ikeja, Lagos, while a 20-foot container goes for N350, 000 depending on the weight, showing the cost of transportation has remained stable since the second half of the year when the cost dipped.

Yuletide season normally comes with celebrations, including parties and other events, making it a peak season for businesses and companies. But with the prevailing decline in business activities at the ports, the rush that comes with the season is yet to be seen.

Jonathan Nicol, president of the Shippers Association of Lagos State, said shippers have reduced imports due to the high exchange rate of the naira to dollar, profit decline and payment of heavy taxes on imported goods.

Nicol, in a telephone conversation with BusinessDay, also referred to issues around global supply chain disruption that resulted in container shortage and an astronomical rise in the cost of freight.

“The high exchange rate is a ‘killer disease’. Most businessmen source their foreign exchange from the black market because getting from Nigerian banks is like a camel passing through the eye of a needle. It is only companies that are regular with the banks that hardly get $100,000. If you bid for $2 million, you hardly get $200,000 for shipment, and to get $2 million would probably spread through the year for the importer to get that kind of money from the bank,” Nicol explained.

He said shippers were still hoping for a further reduction in the cost of haulage especially if the government makes the roads to the ports motorable.

According to him, the construction work is seriously giving shippers problems because goods that pass through the road are not protected due to the constant falling of laden containers caused by potholes and craters.

He wants the federal ministry of works to expedite action on the ongoing construction on the Westminster to Mile-2 axis of the Apapa-Oshodi Expressway, which is causing shippers to lose their goods in transit.

Tony Anakebe, managing director of Gold-Links Investment Ltd, a clearing and forwarding firm in Lagos, said there was a significant reduction in haulage cost as moving a 40-foot container to Sango-Ota in Ogun State now costs about N600,000 as against N1,000,000 in 2020, while Tin-Can Port to Ladipo now costs N450,000.

“There is a low volume of business at the ports due to high exchange rate, freight and escalating cases of COVID-19, all of which have limited the number of people traveling abroad for business. The reduction in the gridlock on port roads also helped in reducing the cost of freight,” he added.

Emma Nwabunwanne, a Lagos-based importer, said transportation has remained stable despite the yuletide due to the decline in the volume of business at the nation’s seaport. He added that about 10 to 15 trucks now chase one container, which automatically means the price will drop.

“The volume of import has dropped and some school of thought puts the reduction rate at 50 percent. Few containers that are coming into the country right now are for the major industries and food companies like Nestle, Dangote, Unilever, Nigerian Breweries, Guinness, and other blue-chip companies that import regularly and their imports are tied to industries,” he said.

On the high cost of foreign exchange, he said industries need money to buy raw materials, and most companies that used to operate at 100 percent hardly measure up to 50 percent due to the lack of raw materials.